Expletive deleted – how far do you go? 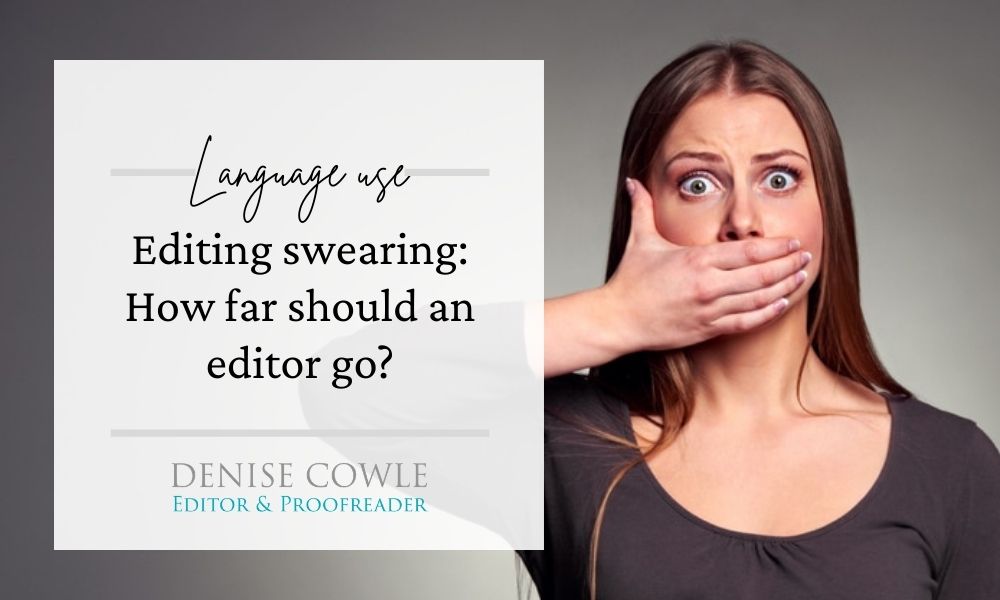 Yesterday a post was published on LinkedIn. You may not have seen it, but to say it’s caused something of a stir is an understatement.
There’s a swear word in the title. An actual word. No asterisks to protect the innocent. Yup. It’s called How To: Fucking Work from Home.
Now, I’ll confess a personal interest here. I know the author, Cara Mackay. When I read the article it screams ‘Cara!’ at me. It’s the clearest representation of a writer you could hope for, short of having her standing next to you inside a shed. Yes, a shed. Because that’s what Cara sells. And not just any old sheds – the best sheds in the world. Are you getting a sense of who Cara is yet?
Cara wrote this post about the difficulties of working from home and how the answer for many people could be a shed sanctuary. Because #Shedlife is her thing: she’s passionate about it and her family business make the very sheds that can provide a solution, as it happens.
Cara swears. It’s part of her make up – she doesn’t do it for attention and she doesn’t have a limited vocabulary (quite the opposite). She’s an intelligent businesswoman running a successful family business, and swearing is just part of the language she speaks.
So I’m not surprised to see ‘fucking’ in a post by her.
I counted eight instances of words that could be considered offensive to varying degrees in the article. I don’t think they are gratuitous or there for shock effect. They are there because that’s how Cara talks to people.

The response has been astonishing. Over 16,000 views, 800 likes and more than 200 comments, most of which are overwhelmingly positive.  Not just about the swearing, but about how readers identified with the story she told. ​All in under 24 hours. Here are a few snippets:
People connected with her message – that working from home can be hard – and appreciated how she put that across because it was authentic and it resonated with them.

Of course there wasn’t a unanimous vote of confidence.
A minority have been put off by the profanity and feel there is no place for it on LinkedIn as it’s a ‘professional’ site.
There are a number of negative comments which focus on the language, not on the content:

If someone is offended by the swearing, it’s probable that they’re not in Cara’s target demographic.
A company with very conservative, traditional values would have to think very carefully before proclaiming that it has ‘the best fucking legal team in the world’. Their potential clients are not going to respond well, and it wouldn’t sound authentic because it’s at odds with their branding.
If you look at the Gillies and Mackay website, it’s a family business which prides itself on the quality of its craftsmanship but, more than that, it’s bursting with personality – the blog posts and videos send a consistent message that says ‘We’re amazing at what we do, and our sheds are the best, but we are also fun to work with, we have great ideas for you and we don’t take ourselves too seriously.’
So an f-bomb here and there isn’t going to come as a huge surprise to you.

What should an editor do if a client gives them a similar blog article to edit?*
Is it their place to edit out the swearing for an audience, particularly if it’s on a site such as LinkedIn? ​
Should they counsel that the language might alienate their potential clients? Or that it could paint the company in a negative light?
Or should they trust that the client knows what they are doing?
This is where developing a relationship with your client and understanding who they are, what they want to communicate and how they want to communicate it is essential.
My position is this: I wouldn’t be heavy handed with the red pen – that would suck the life out of it and turn it into bland copy that could have been written by anyone.
So I would edit for spelling, punctuation and grammar, allowing for the author’s style. This piece is a conversation, a story: she’s talking to you over a coffee (or possibly a beer!), painting a picture, outlining a problem and how she can help.
I’d have the conversation about swearing if I felt it was excessive (although who decides what constitutes excessive?), or detracted from the message, but I don’t think either is an issue in this particular case.
But for consistency I’d highlight that shit and shite are interchangeable and we should stick to one spelling. And then I’d ask what her preference is, because it’s her voice.
What are your thoughts on swearing in blogs or articles on social media? Does it depend on the site used? Is there ever a place for it, in your view? I’d love to hear your thoughts on this one – both for and against – so let me know in the comments!
*I didn’t edit Cara’s article, so this is the hypothetical bit!